It has been some posts about migrating to Git from TFS, unfortunately none of them worked for mas expected.

So, my task was: migrate a source from TFS to Git, preserve all history, but do not include dlls or other heavy files. Last part requires naturally not only removing those files from the latest source, but also removing it from the entire history.
On my way I met some hickups, which I will mention, so the road for others after me can be smooth :)

2. Start GitBash. If you do not have it - can be downloaded from here

Note! All things from now are done from under GitBash.


Navigate to the place where you have you Git repositories. I use C:\Git\Sources\Repos folder. So my git promt looks like this now:

Note --deep - that means I want to take history as well.

4. Create Git repository which you will use later as your Git source. So far I will not link it to TFS Git repository, just create it.
git init {repo name}
like this:

get into newly create repository by simply
cd {repo name}
you can see you are in a master branch of your newly created repository:

teoretically we could push it to our TFS git already now, but first lets cleanup dlls or other unneeded files, so when we put it to TFS git it is all clean and lightweight.

In my example I had 2 installation files located in folder wix/wixDownloads. So I want to leave those behind.


git filter-branch --force --index-filter 'git rm -rf --cached --ignore-unmatch wix/wixdownloads'
Command works only from the root, so paths must be relative from there.
If I would need to delete only one file, I would type:
git filter-branch --force --index-filter 'git rm --cached --ignore-unmatch wix/wixdounloads/wix35.msi'

It is important it says was rewritten in the end, that means stuff was actually removed. Otherwise - you probably misspell something.

If you type wrong, sometimes you get error "cannot remove directory '..../.git-rewrite" : directory is not empty. Dont panic, just remove it manually.

6. We are almost there! Now just clean up so all deleted files are physically deleted:
git reflog expire --all
git  gc --aggressive --prune

Now you can compare size og original forlder with clone from TFS, and size of cleaned up folder.
If everything is correct, the second one is much smaller!


git remote add master {your  TFS Git repository address}
git push -u master --all
like this:

8. Now, when I compare hisoty on my original TFS source to history on my new TFS git source, I see no wixDownloads folder, and even not a corresponding checkin (well, this is because checkin contained JUST this folder, and no other files). 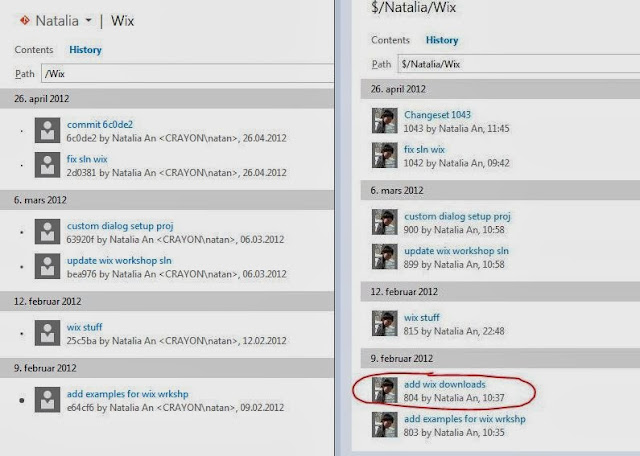 To the left - my new Git repo history, to the right - my original TFS history.

ignoring the error gets us on with being unable to do filter-branch and error:
fatal: Neeeded a single revision

To get around that make sure that the folder name for temp repo is short enough. In my case I just deleted temp repository, created a new one with a very short name and did git pull again.